Saturday afternoon, pouring with rain and I packed up my scrapping bag and headed over to SF Sandy's house for some chatting and scrapping. I had started a layout earlier in the week and wanted to finish it off. I had picked up a package of paper from the surplus store because I liked one sheet in it so decided that was my starting point. I felt it needed a punch of colour, so I found a striped paper that co-ordinated with the pale pinky-beige and the brown while introducing two shades of turquoise blue.

I had a sheet of matching corrugated turquoise that I smeared some gold stickles across. The border started off white but I felt it was too stark so I used gold metallic acrylic paint on it. I found another coordinating paper from a mat stack and adhered some small beads to two corners and to a chipboard "C". I used one of my newly made ugly paper flowers as an embellishment with two other paper flowers.

Catch me...if you can. I had bought one of those spiral leads that join a parent and child at the wrist, designed to prevent the child from wandering off. I had fastened one end around Rachel's wrist and was trying to figure out how to fasten the other end to my own wrist, I looked up to find that my daughter, Rachel, at age two, had already figured out how to undo her end. Thinking this was very funny, she took off into the yard giggling with the "leash" trailing behind her. This pic was snapped as she continued to laugh and had "catch me if you can" written all over her face. 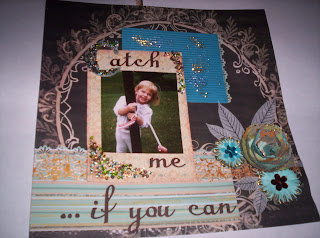 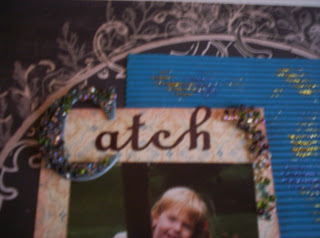 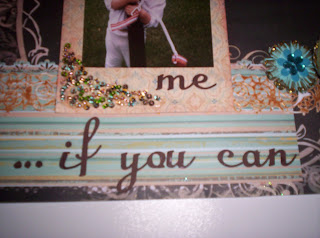 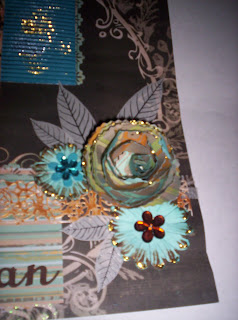 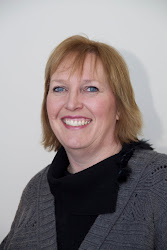 My Favourite Sites to Visit